Duke Kahanamoku made a name for himself as a great swimmer at the 16th Olympic Games, held in Stockholm Sweden. At a time when Hawaiians were considered to be part of a Black underclass it was indeed unusual for him to be a major competitor in the Olympics.

Depending on which depiction of him you see he may look more or less White. In this depiction it’s clearly seen just how dark the original Hawaiians were. With their oftentimes straight hair, over the years he’s been Anglicized and obscured from the annals of history, as anything more than a distant legend. This was nothing new, it had happened many times before. We’ve seen the same thing in the official record of every other sport, including baseball, football, basketball, hockey, tennis, etc.

In the 2020 Summer Olympics the cultural appropriation of surfing is sure to enter its final phase, unless people actually make some noise and reclaim this heritage. Cultural appropriation is not so much a matter of engaging in a cultural activity of another group of people, it’s the total exclusion of those people from the national popular database. This is the cruelest blow. 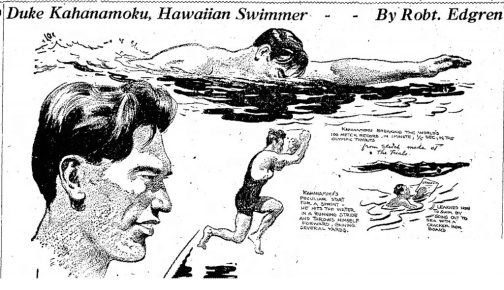 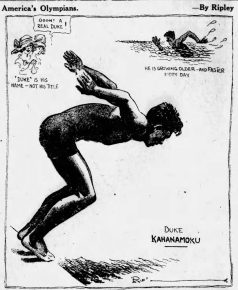 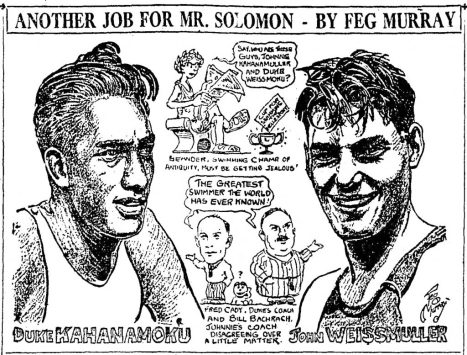 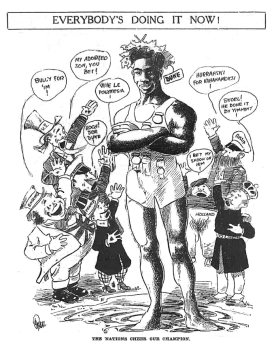 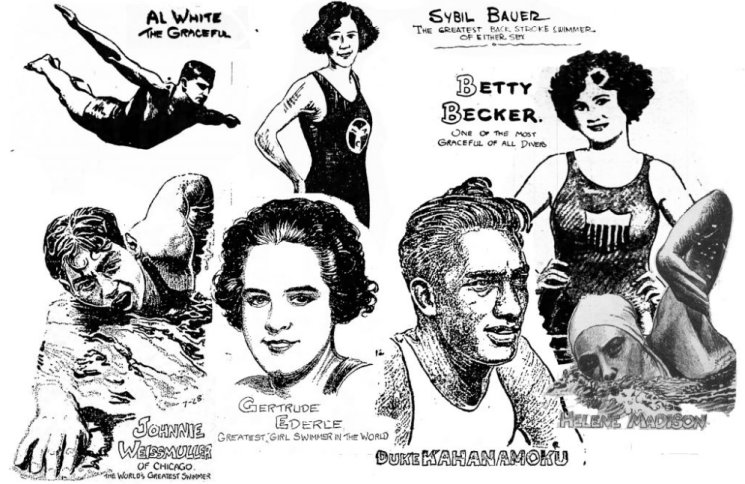 Why do I bring this up? I’m bringing it up because Black people have been excluded from so much of American life, in reality and virtual reality, that it’s mind boggling to think about it. In some areas it’s more obvious than others. In modern America, Black people and water sports are about as mutually exclusive as oil and water. No matter what you do that oil is going to return to the surface.

In the early 20th century it was a popular fact that Black people were physically and mentally inferior to White people. This is why there had never been a Black boxing champion before Jack Johnson. The same went for bicycling, baseball and hockey, for which there are plenty of examples of Black athletes participating at the highest levels.

In each and every case exclusionary polices were put in place to make sure Black athletes never gained dominance. This begs the question, why was all this done? It took a lot of time and energy to prove a point that was ludicrous in the first place. It seems to me there’s some insecurity there that needs to be addressed.

Duke Kahanamoku gave the Olympic Board a proposal to include surfing in 1912. So, it only took the Olympics gods 117 years to decide it needed to be done. The Duke gave lessons to all comers, because he did not see them as a threat. My only question is, will he get treated with the same respect? Will they talk incessantly about him and his brothers, like they do for the originators of other events? Will statues be made of him and if so what will he look like?

We’re glad to hear that surfing is entering the realm of the Olympics as a full-fledged sport, we just don’t want the originators to be written out of the history books, like we’ve seen others written off, as if they didn’t exist.

My name is Mr. Khemet coming at you live, with no jive. I come from the east with knowledge and wisdom of an ancient kind. If you hear my words, it's time to change your mind about a lot of things. I make what I need and I need what I make, hopefully you'll enjoy some of the things you see here at my site. View more posts